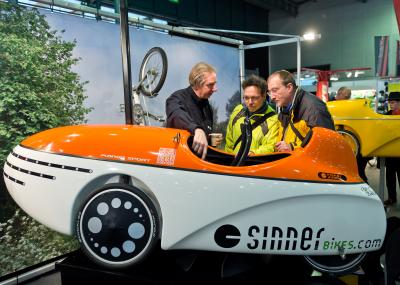 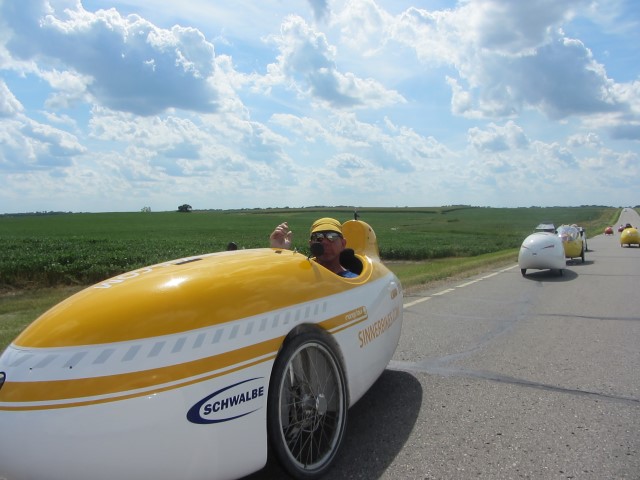 After years of pioneering Sinner Ligfietsen VOF was founded on July 1, 1993 . First, the three-wheel model Comfort hit the market . Later, the two-wheel models followed: Record , Fun , Trend , Demon , Spirit , Fifty Fifty , Phantom , Flash and Mango velomobile . Production works began in a small workshop in Garsthuizen . In order to meet the growth in 1997 continued the work in a converted barn in the same village . In August 2007 Sinner started  the Mango production in Groningen  ( Ligfietsgarage Groningen ). Also for the manufacture of composite parts ( plastic body parts of the Mango ). Sinner sells recumbents all over the world and have for this reason the name changed in Sinner Bikes.

Drymer B.V. has taken over from July 2014 the production and sales from Sinnerbikes. 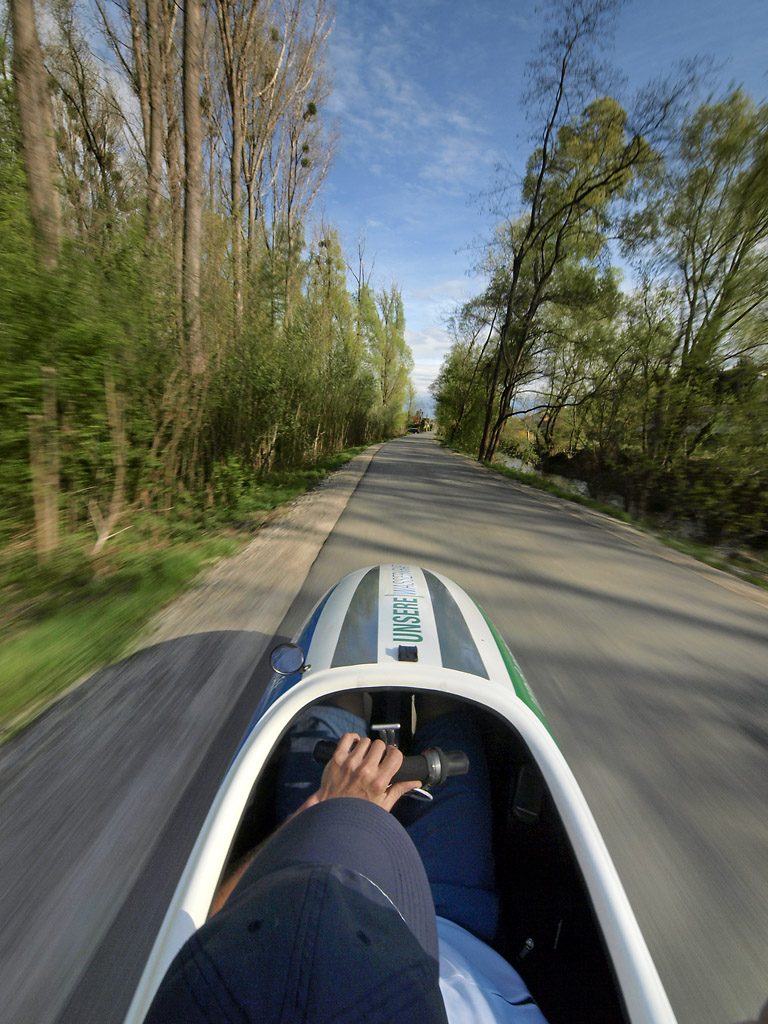 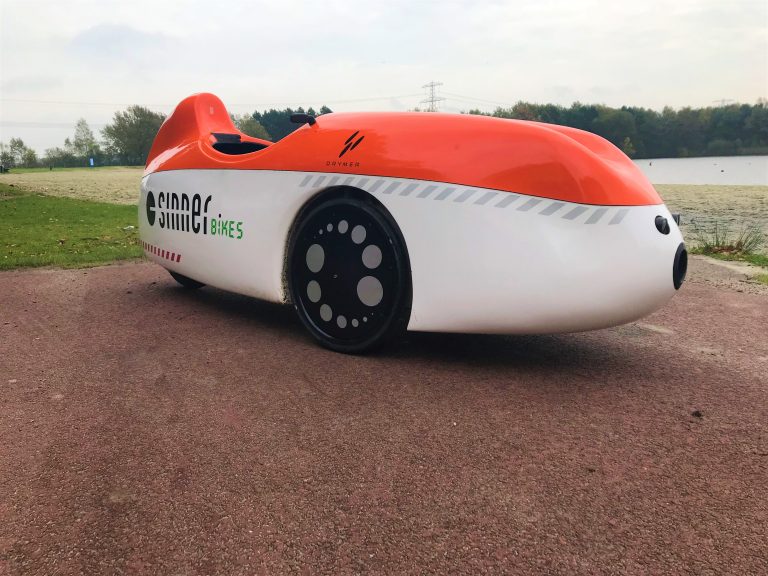 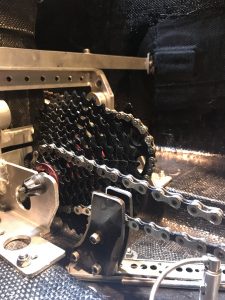 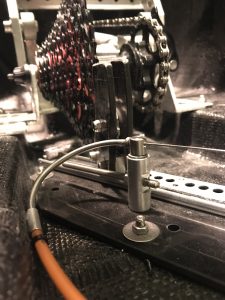 The newest velomobile model is the Drymer-Sinner Hilgo which characterizes itself by the sharp lines, designed bearing the latest developments in Aerodynamic knowledge in mind. The Hilgo has open wheel boxes, and a single-sided suspension on all wheels. This will not only make a tire-change easier, but will also decrease the turning circle.

The unique gearing system developed by Drymer and Sinner defines the new Hilgo.

The Mango is a quick and agile velomobile (velocar) built with emphasis on daily use and convenience it is completely manufactured in Stadskanaal located in the north east of the Netherlands. Sinner offers great flexibility giving customers more choice in trim and finish. We see cycling not only as sport and hobby but also and arguably most importantly as a form of practical personal transport. With the Mango you can make the most efficient possible use of your energy. This thanks to the improved aerodynamics, optimal weather protection and a wide range of gearing. The Mango features a mid-drive axle driven from the front chain rings via the primary chain and driving the rear wheel via a secondary chain. This allows for mounting several rear hubs even an electric motor assist. 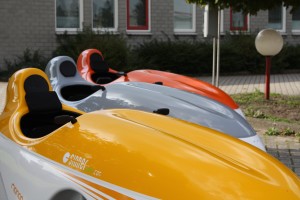 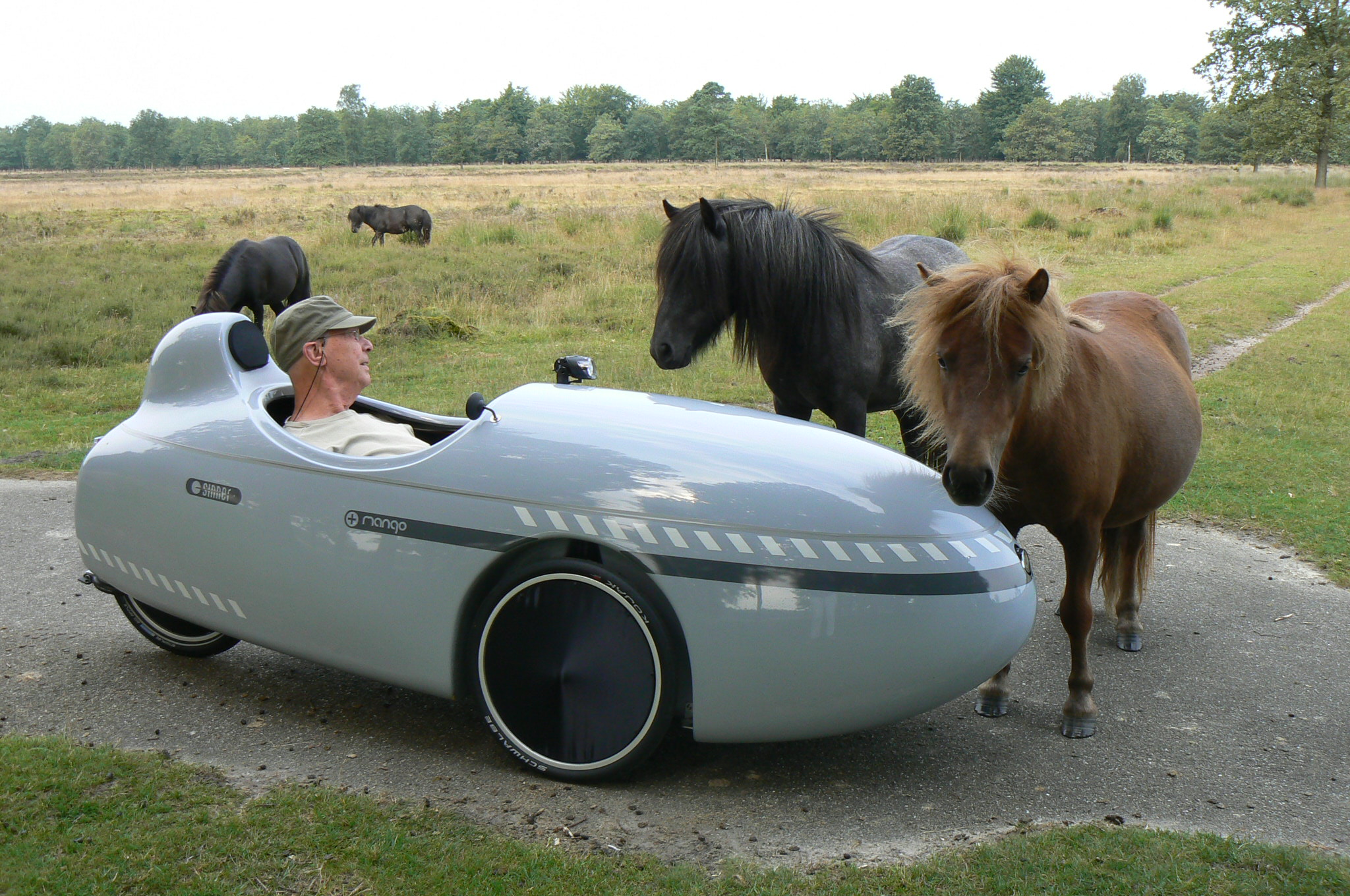 Schedule a test ride; Fitness evaluation or tune up