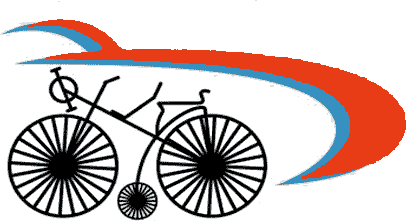 My trips were never short. As I grew older, they got further and further away from home. I never knew how lucky I was not to have a serious mechanical failure –sometimes I was many many miles past that proverbial  “parental” barrier.

As I entered school, the venerable bicycle became my transportation at times.

I dreamed of racing, but as I grew up, I would be told I had the body of a linebacker. Professional cyclists were always tiny stick figured folks compared to me. Still, I did not let this stop me. 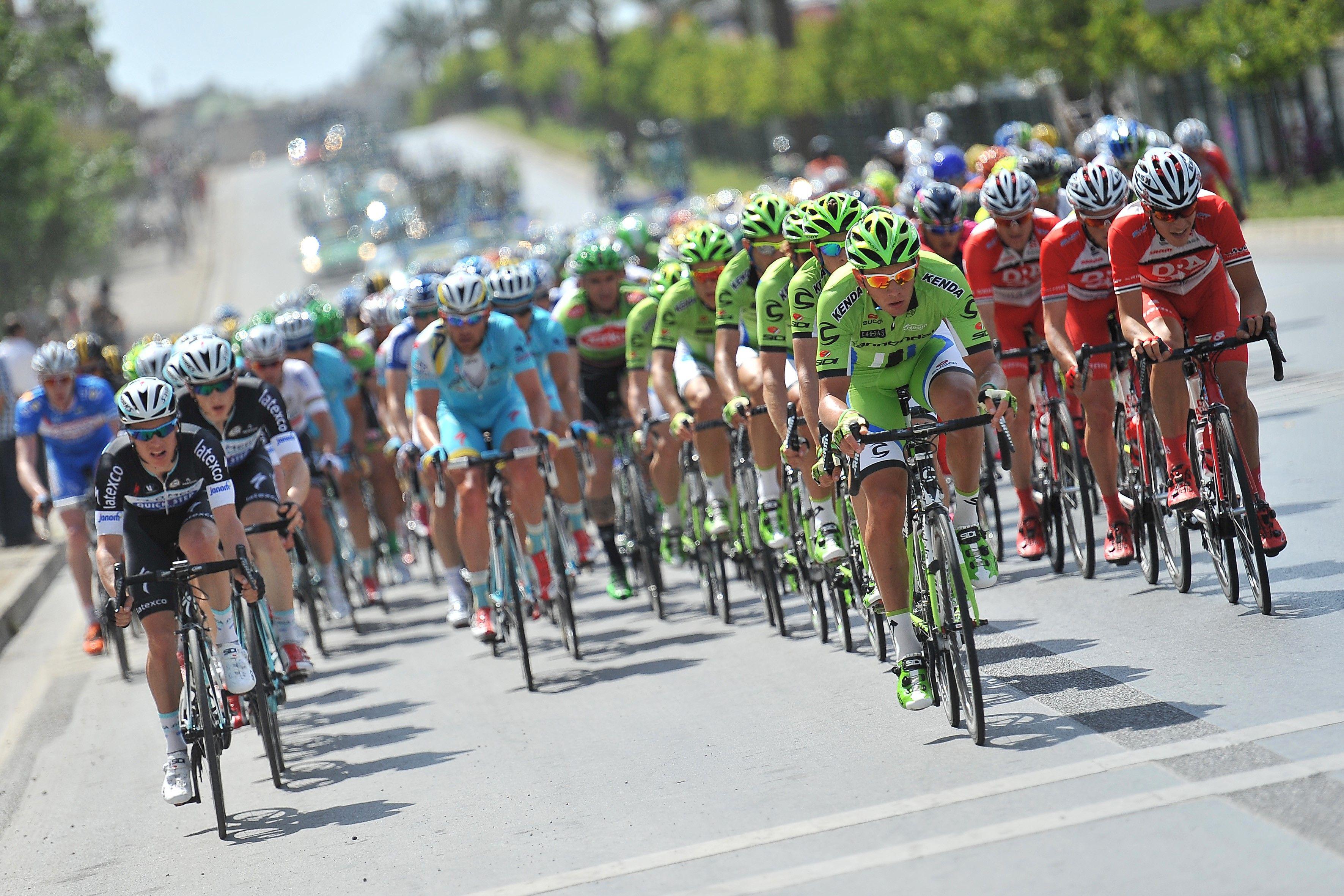 In the 1970s I got into the cycling scene, eventually joining a team and doing some amateur racing. I worked my way up to a UCI Cat 1 category at the time. Still, my large size meant I was never really able to compete. I was relegated to the role of “domestique.” That’s the big rider that blocks the wind for the smaller riders, carrying them in my wake for as long as possible so they could sprint to the finish first. I wanted to be first. I was one of the strongest and fastest riders on the team. I was told again and again, “You are too big to win!”

It was discouraging to be constantly try out for teams only to be told “you are just too big to compete professionally.” Of course, the suggestion of taking medicines to “enhance” performance was always there. By the late 1980s I quit UCI cycling for good.

I still rode some, but I was no longer competing and my heart wasn’t in it. Work and early body abuse took its toll on me. My interest in cycling faded until 1996, when I read an article in Popular Mechanics about ‘recumbent bicycles.’ The nerd in me could never resist that kind of thing. After searching high and low in the bike shops around town for something similar and basically getting laughed at, I ordered a long wheelbase Quetzel T105 recumbent out of Canada. An actual mail order bike.

A friend and I put this bike together over a couple of days and nights.  We’d never built a bike before and the instructions were laughably simple: Unpack the bike from the box. Build the bike. Ride.

Riding was an adventure. One of the local bike shop ride leaders used to joke that I had to carry an entire machine shop in case it broke down. This was not a speed machine, its 16″ wheels and extreme weight made it a caricature of a bicycle. It did lead me to discover the local club “Recumbent Bike Enthusiasts of North Texas: (RBENT) which began my life in the recumbent scene. 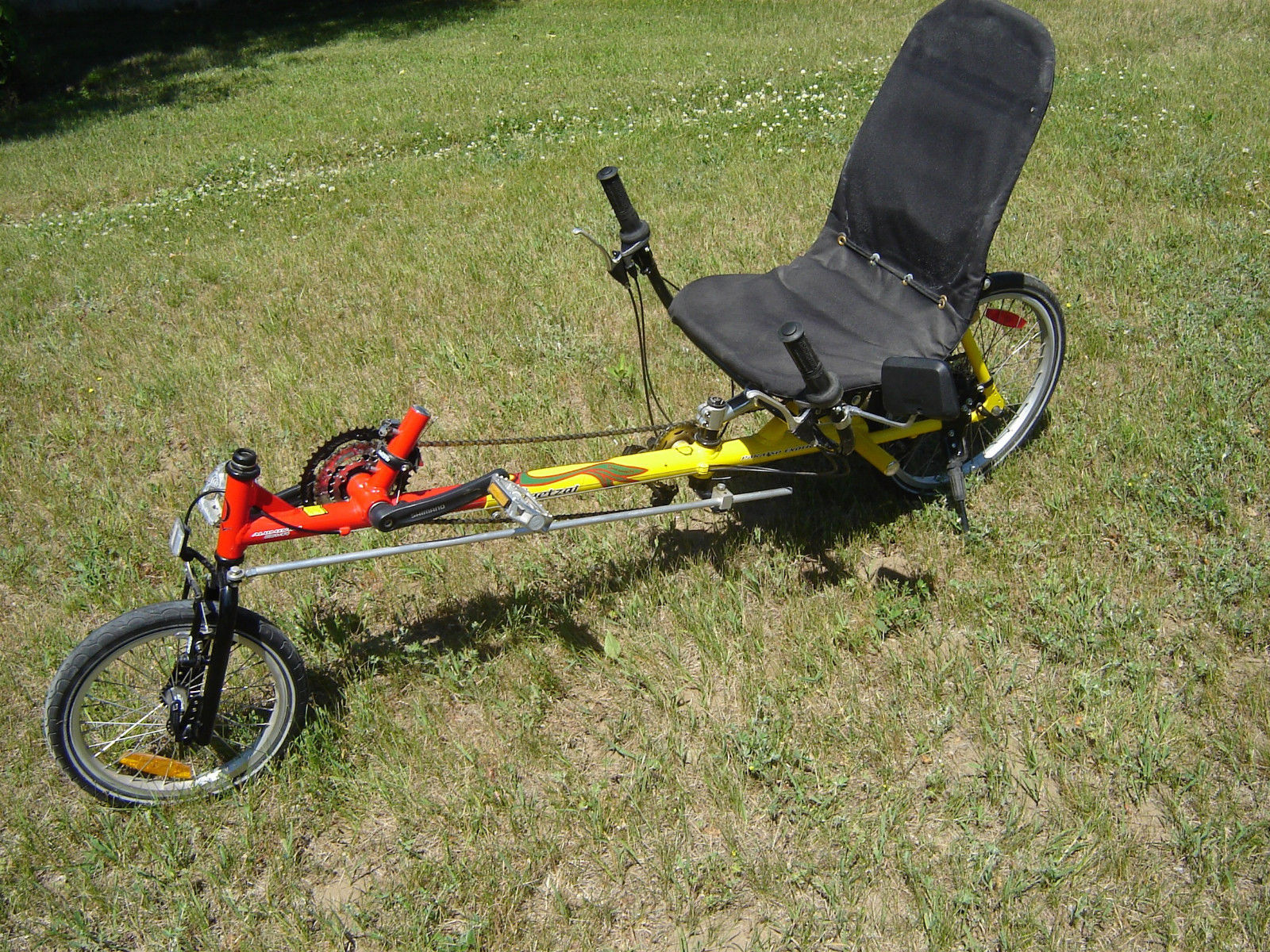 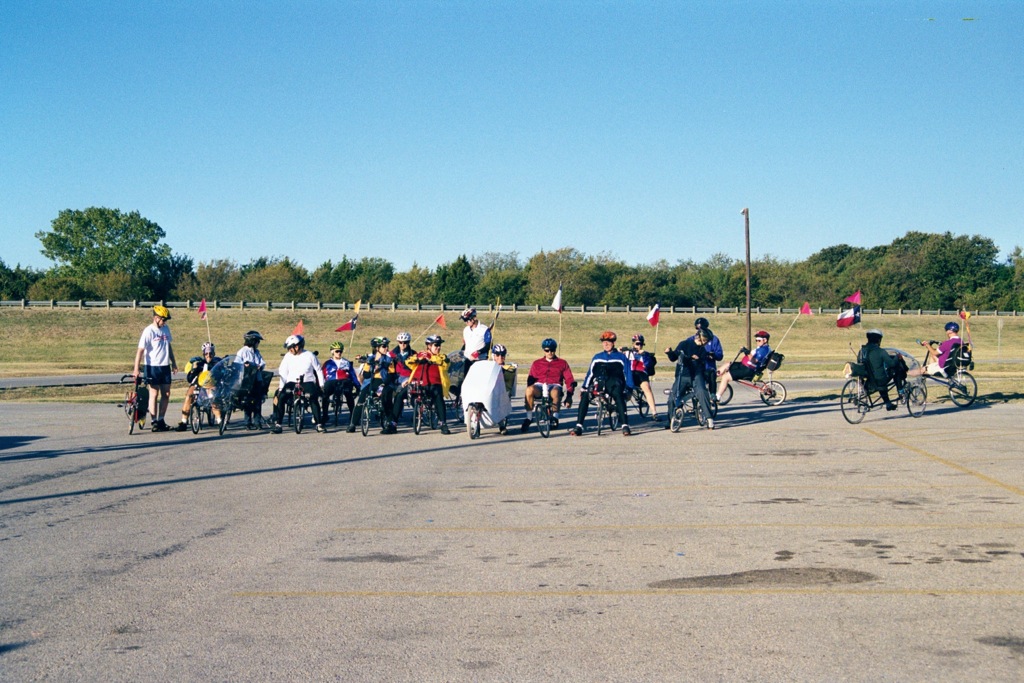 Some of RBENT in 1998. Our bikes looked even younger than we did at this time. 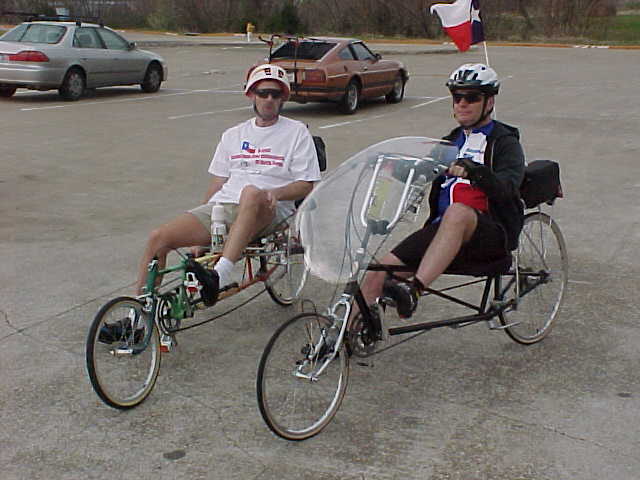 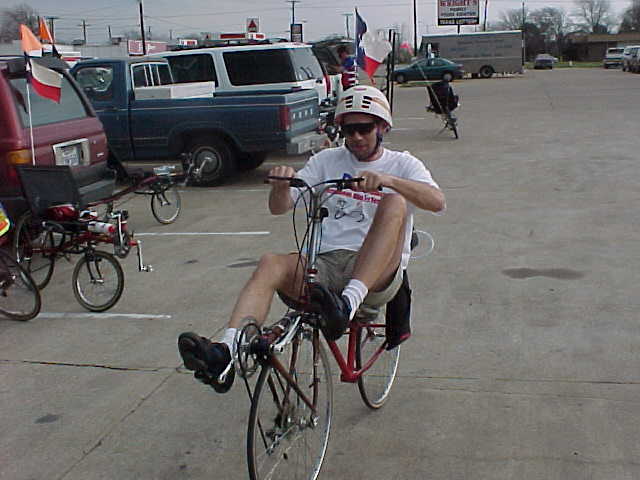 I got fast on a bike again, ultimately buying an Advance Transportation Products R45 Vision  recumbent. It was a little more modern, having  under seat steering it was quite comfortable but like the Quetzal before it, it really wasn’t a performance machine.  So in 2000, I purchased a Lightning Cycle Dynamics P38.  Unlike my other recumbent bikes; this one was actually a performance machine and remains one of the fastest bikes you can buy to this day.

In September 2001, I completed my first Pactour, riding from the Canada Border to Mexico. Where were you in 9/11? I  was on a bike coming south through Montana and only found out about the 9/11 attacks at the end of the ride 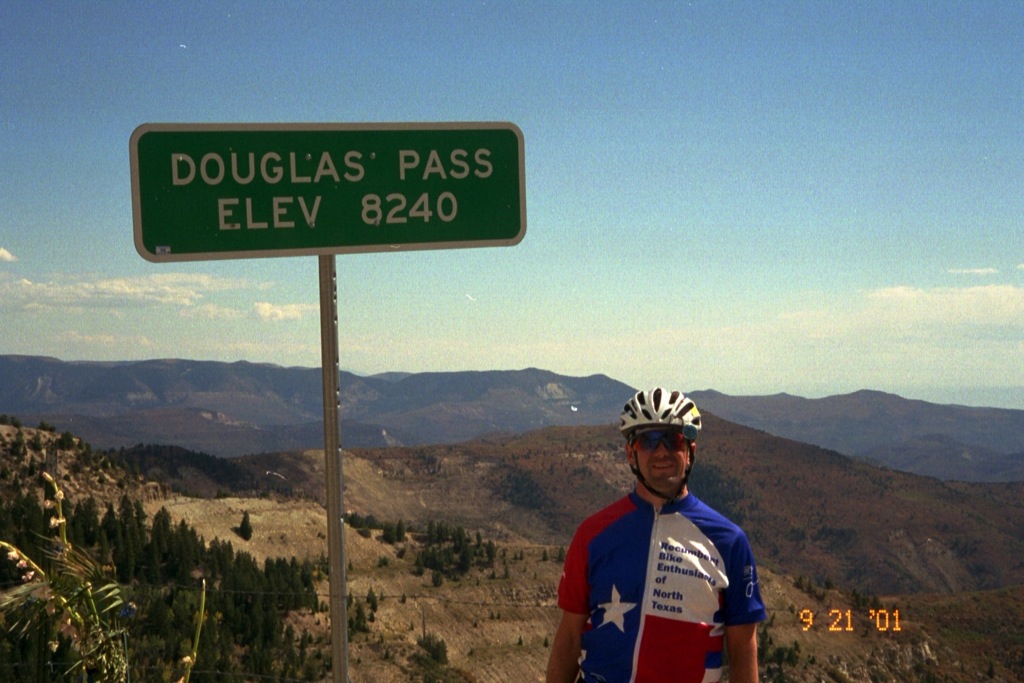 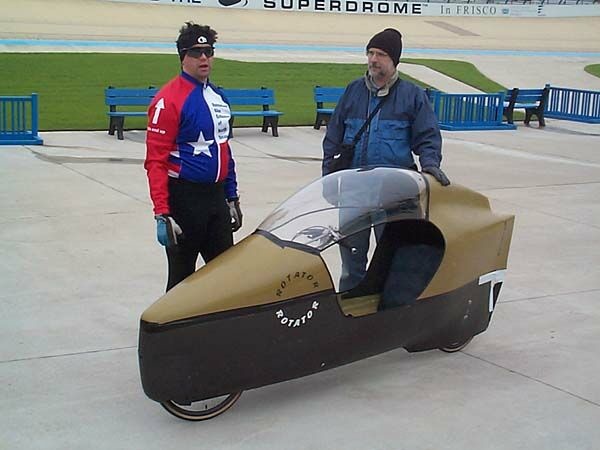 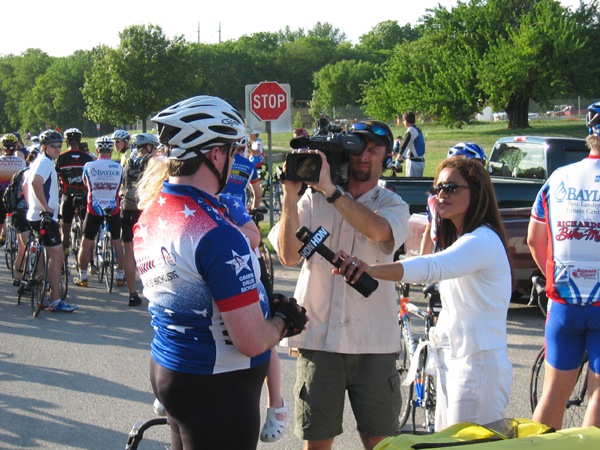 Fresh from a long endurance ride, I started chasing speed records.  Specifically; I wanted to go after the Decimach records” 1/10th the speed of sound under human power. I ran into the “rules” again.

Recumbents were simply forbidden in many competitions. They’ve been banned from UCI events since 1934. I did not let this stop me.

On our own (now defunct) velodrome, riding a “Coyote” that had been designed and built for me by Steve Delair, I set the fastest 1km “flying start” time just shy of 100km/h. It was considered “unofficial”  and “unsanctioned,” but I still generated some interest and knew was heading rapidly in the direction I wanted to go.

I was fast and strong. I had easily blown through the various records at the local velodrome –unsanctioned and unofficially of course. I also managed to get recumbents banned at almost every road race in the area, just like some of my recumbent predecessors in the 1930s.

Unfortunately Bad luck reared its head  While I rode recumbents primarily, I was also cross training with road and track bikes. During a race on the velodrome I was in an accident that put me in the hospital with a broken shoulder, clavicle, a couple of ribs and a very badly bruised ego.

That was it for me for cycling for a long time. 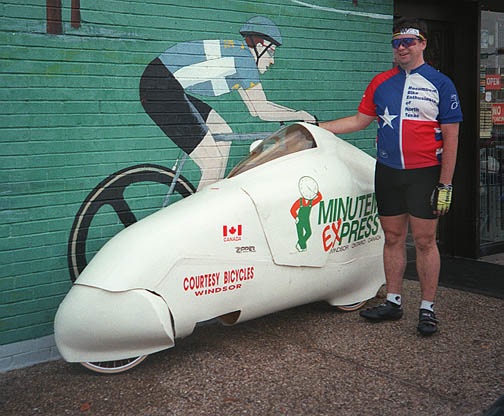 Life has a way of getting away from you. It was around Thanksgiving of 2011, after nearly 10 years of sitting behind a desk, working long hours, gaining a lot of weight, and not cycling, I was diagnosed with Cancer. Specifically, MDS.

This is one of the cancers that there really isn’t a cure. You just try to survive it. You also have to survive the medicines they put you on to try to force it back into remission. They started me on Prednisone, a glucocorticoid. I was given massive doses of it to try to suppress the immune system in the hopes that the cancer can be slowed down. I went through multiple rounds of chemotherapy only to be told nothing really worked and to get my affairs in order.

By 2013 I was transfusion dependent. The only option for me was a marrow transplant, and even that was only a short-term solution. I was also now diabetic due to the combination of the medicines and being seriously overweight,  I tipped the scales at 320 pounds. I was told to get an indoor bike or treadmill, but don’t diet and don’t ride out doors. Due to my illness, I had a platelet count in the 40s,  less than 1/8th of a normal person due to my illness. A small scrape would have probably killed me.

I tried riding indoors, I really did.  But its the most boring thing I could ever imagine. I had access to virtual reality software from CompuTrainer and others, but it was still mind numbing. I couldn’t do it. I needed to get outside.

I knew about recumbent trikes, so I talked to my oncologist about it. At first he was hesitant; we both knew I needed to get the weight off, but the danger to a person like me was real. Finally he basically said, “Do what you think you need to do.”

I went home that day via the bike store and bought a brand new Catrike 700. I road it 7 miles that first day.  It almost killed me. I never thought i was so out of shape. It took more than 2 hours and I had to stop and rest constantly.

The next day, I road 100 miles. As any cyclist will tell you, 100 miles is a magic number. It’s Everest. We do it because it’s there. It’s a real thing –the finish line in our minds. It’s what we need to do to prove ourselves to ourselves. That 100 miles took nearly 17 hours. 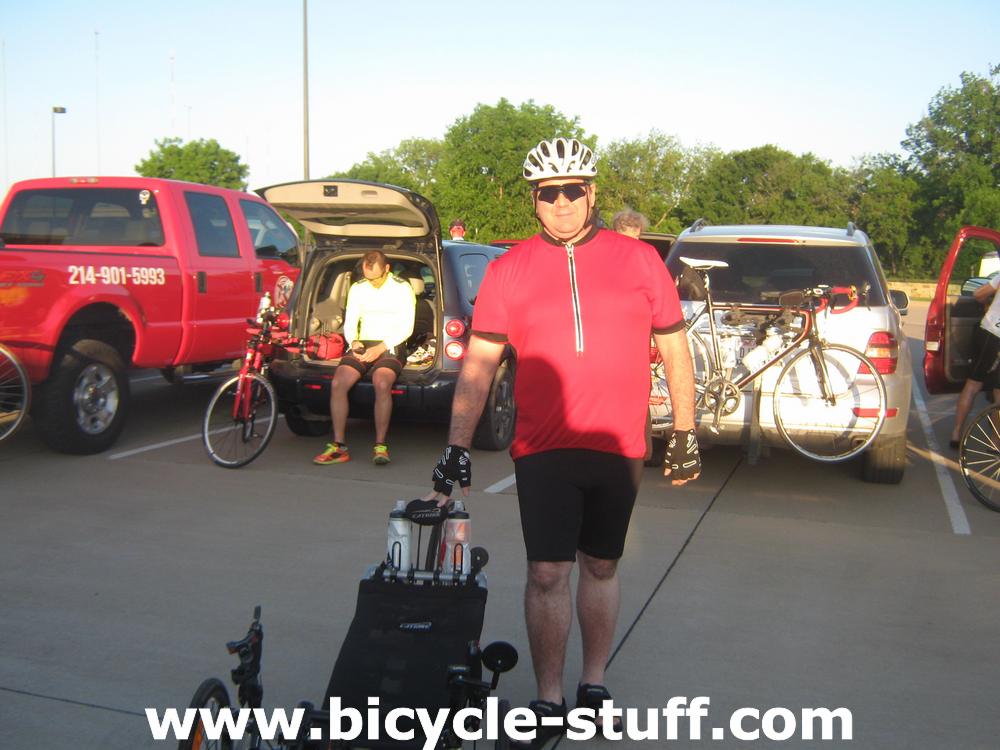 Protected from the elements, I was more safe than on a regular bike or even a recumbent trike. Thanks to the streamlined shape, I was faster yet again. I’ve been riding velomobiles on the streets of Dallas for years now. With each machine, I set a goal for myself. When I reach a certain fitness level, I would buy a faster / lighter machine.

I ended up with 4 velomobiles by 2018. I’ve survived my disease. I’ve ridden through the Adirondacks, across states, and even pedaled across the country. Safely.

I found RBENT again. Some friends from the early days were still around, some had departed, but RBENT helped me spend the next year on my one goal: Lose weight and get in shape.

There was a study on my disease from Belgium about the longevity and morbidity rates which linked obesity to earlier fatality rates. In fact, every study I read on my disease had shown that stress and lack of fitness exacerbate its effects. I needed to get the weight off!

But I had that low platelet problem and needed a solution. I considered the streamliners and faired bikes from my record-setting days, but  those machines they are not very practical for riding outside the velodrome. I turned to the internet and found the answer: Velomobiles.

I bought my first velomobile from Jim Snyder of Ridesouth. The process was full of anxiety and nail-biting, with lots of communication barriers between the Dutch manufacturer, Jim and myself.  . Jim Snyder managed the ordering process for me and and eventually my velomobile showed up. A Sinner Mango; one of the first in the United States. This brings me to Bicycle Evolution. I want to be able to provide others the opportunity I’ve had. Safe and affordable fitness.

I know that bike shops are imposing places at times, particularly if you are an outsider. Its like going to a gym full of body builders, it’s not “your scene.” I’ve been in that position. It is not our way.

We welcome you no matter what you ride. We love all forms of cycling.

We welcome you no matter what your size, shape, fitness levels or abilities. We love all forms of cyclist.

Let us help you discover the joy of cycling again. Let us get you off the couch, away from the desk, and leading a more healthy and fulfilling life. 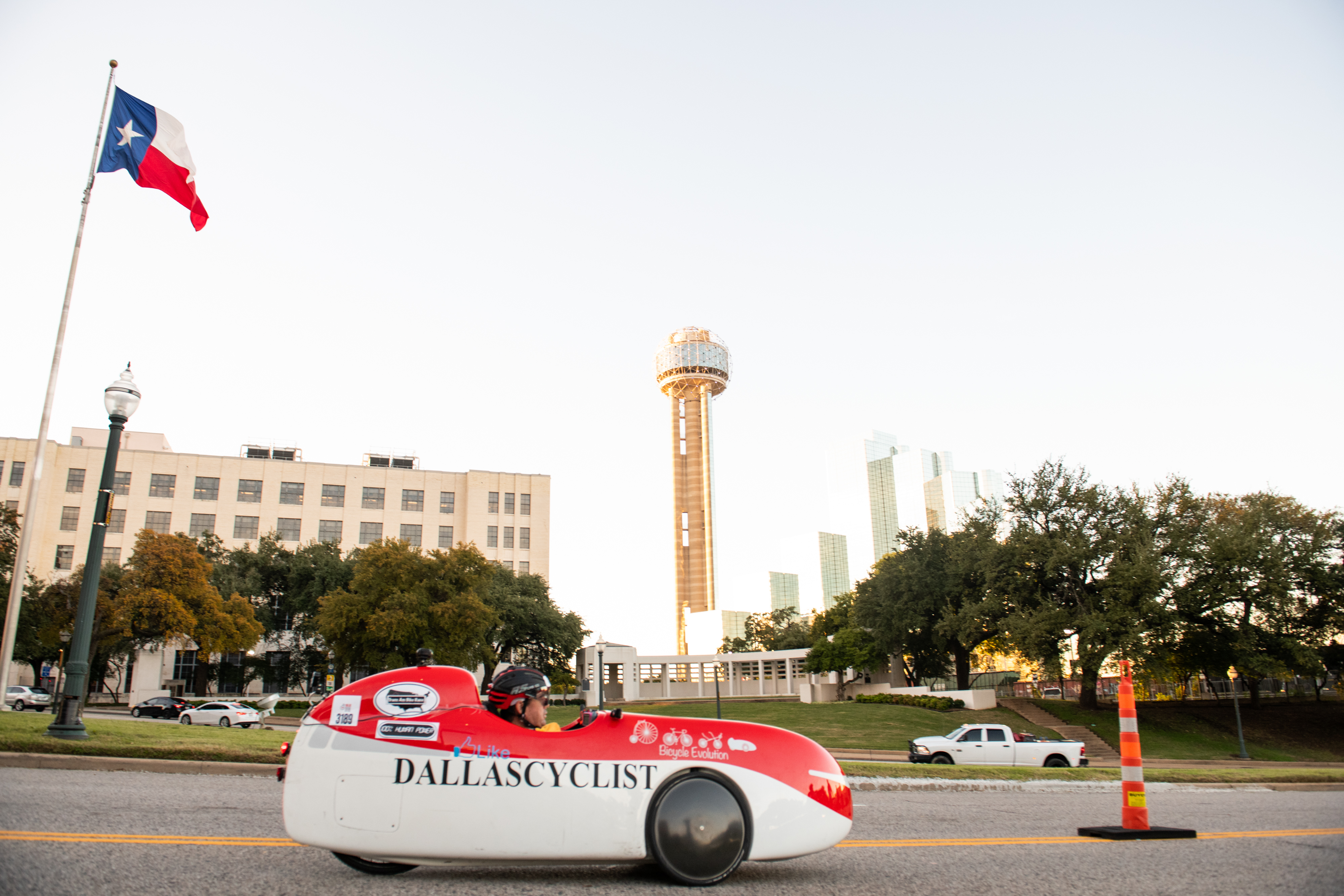